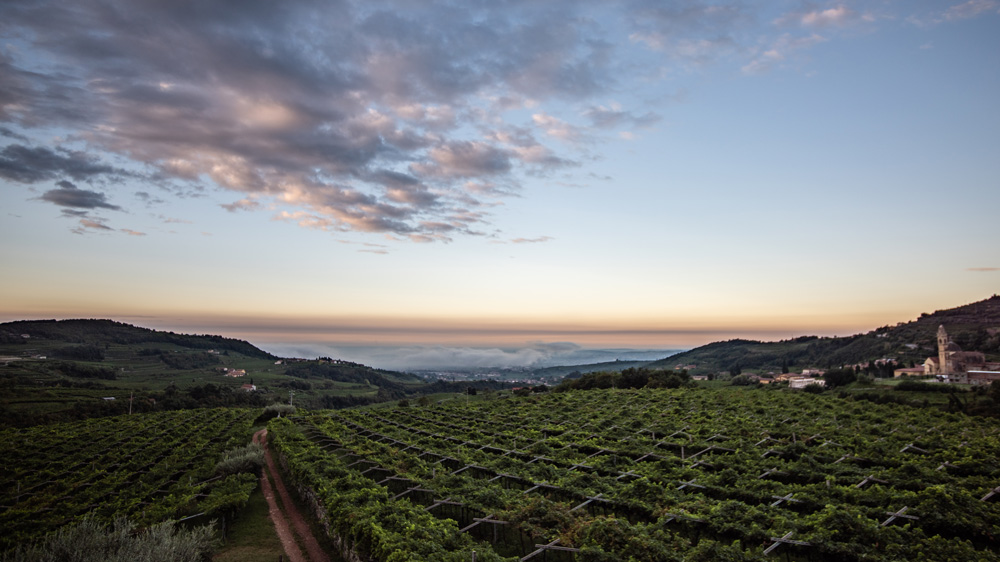 Ernest Hemingway was a great admirer of Valpolicella wine: it is said that he consumed several liters a day when he was in Venice. In his novel “Across the River and into the Trees” (1950), Hemingway described it as:”Dry, red and friendly like the home of a brother with whom you get along“.

The vine presence in Valpolicella Classica dates back to prehistoric times, as evicenced by the discovery of the Ampelophyllum fossil plants genus, ancestors of the Vitis Silvestris and the Vitis Sativa.
Proofs of Vitis Vinifera Sativa cultivation (suitable for wine production) were found in the pre-Roman settlement of Archi di Castelrotto, where numerous grapeseeds of “Vitis Raetica” were found, (dating back to the 7th and 5th century BC). The name “Vitis Raetica” comes from the toponym Raetia, a region that, in the Roman time, extended from the Danube to Canton of Grinsons, including Lombardy and Tyrol up to Verona.

Subsequent traces of the vines cultivation in Valpolicella date back to Roman times, when the Valpolicella wine (called “Acinatico”), obtained with a special grape drying technique, arrived on the tables of imperial palaces.
Celebrated by numerous writers and poets, defined as “Winter must, cold blood of grapes“, Acinatico can be considered the ancestor of the Recioto wine.

A confirmation of the diffusion of the grape drying technique among Romans is the discovery of a roman Villa (2th-3th century AC) in the place called Ambrosan, situated between the villages of S. Pietro in Cariano and Fumane: some of its rooms were equipped with an underfloor heating system used for the grapes drying process to produce the Rhaetian wine.
Later in history, numerous authors have praised the Valpolicella and its wines and many ministers have legislated about the need to protect the vine and its cultivation here.

The origin of the Amarone wine is much more recent. The story tells that a winemaker, at the end of the 1930s, finds a forgotten Recioto barrel. When he tasted the wine from the fermenting stem, he exclaimed “This is not an Amaro, it’s an Amarone!”.
Forgetting the Recioto in the barrel, the refermentation process was continued and the result wasn’t a sweet wine, but a dry wine, soft to the taste. This is how Amarone was born, the wine that made the Valpolicella famous in the world.